When looking for gaming laptops in this price segment, it is not possible to benefit from either the latest technology or highest specification – sacrifices need to be made. The laptops detailed below are all manufactured by established companies that have experience of producing gaming device and have been configured to obtain the best possible performance with the compromises that need to be made. All the devices are suitable for playing AAA titles at decent frame rates, and they can also double as business, student, or home-office devices, although the aesthetics on some may exclude them from the former. So, what is the best Gaming Laptop Under £1000?

What is the Best Gaming Laptop under £1000 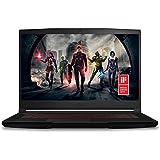 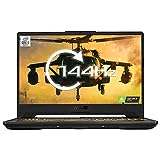 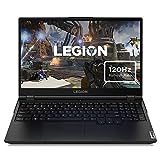 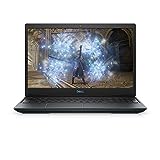 Available in a range of configurations, the MSI GF63 is an entry level gaming laptop equipped in its lowest spec iteration, with a 15.6” IPS screen with a 1080P resolution, an intel i5 10300H processor, 8GB RAM and a 256GB fast NVME SSD. The graphics card is a GeForce GTX 1650. Despite some shortcomings such as the entry-level gaming graphics card and low storage capacity this laptop is good value for money and should run most current games but maybe not with all settings maxed out.

The laptop is extremely light weight for a gaming machine and is suitable for use as an office device due to its traditional design which has brushed aluminium surfaces and not too many of the brightly coloured trims, we see on most gaming laptops with just a dragon logo on the lid and some subtle red features including a red backlight on the keyboard. The laptop feels very sturdy with little flex and looks like it will last. The screen has good viewing angles with narrow bezels; however, it is not very bright.

For connectivity, this unit has 1 USB type C, 3 USB type A, HDMI out and a headphone jack. Unfortunately, there is no ethernet port which may be an issue for some gamers. There is some expandability potential with a spare RAM slot on the motherboard and the ability to upgrade the rather small SSD.

Performance is very good for the price with good gaming performance that beats most rivals in its price range. The battery life is average for this type of device with a longevity of up to 7 hours when performing standard desktop tasks and web browsing with low screen brightness and energy saving features on full, however this reduces substantially when gaming and under 2 hours is to be expected. Read / Write times of the SSD are excellent, and the laptop boots up to a usable desktop experience within a few seconds.

The GPU performs well with good benchmark results seen on Fortnite (60 FPS) and Overwatch (94 FPS) with high settings, however it was only capable of achieving 30 FPS on Assassin’s Creed Odyssey and that was after the settings were reduced to medium. Considering the price range and the fact that it does play most AAA games well we would say the performance is very good.

Most users are impressed with most features of the device, however, as expected, some have noted that they will need to upgrade the storage and possibly the RAM at a later date. The main complaint is the poor battery life with some customers complaining that it falls short of the manufacturers claims, however, this is not unusual for a gaming machine in our experience.

The Asus TUF is a rugged device as its name suggests with some interesting features that should withstand the everyday abuse some gaming laptops face. Available in a range of configurations, we will look at the entry level model that is equipped with a 15.6” 1080P IPS display with 144Hz refresh rates for gaming, an Intel i5 10300H processor, 8GB RAM, 512GB PCIe SSD and interestingly a well featured GTX 1660Ti graphics card with 6GB. The device has grey metal surfaces, narrow bezels around the screen (with a slight upwards protrusion for the webcam), and a 4 zone RGB keyboard which is an interesting feature at this price.

This unit is an upgrade of last years TUF model and there have been many improvements such as the inclusion of a longer lasting 48Wh battery, the 144Hz display, improved performance, better power profiles and a more competitive price. This model has 1 USB type C, 3 USB type A, HDMI out and a headphone jack as well as an ethernet port. Both memory and hard drive expansion is possible, although there is only one M2 slot so the hard drive would need to be entirely replaced.

The specification is good with a decent amount of storage and a good graphics card. On high graphics settings this unit can achieve frame rates of between 45 and 65 even on the most demanding AAA titles, with Apex running at 62 FPS with high settings as an example. The power profiles include an option for very high performance where the GPU is overlocked (Turbo Mode), although this is only available with the laptop plugged in to the mains, otherwise the battery would be exhausted very quickly. On the other end of the scale, you can go for the silent mode which prioritises a lower fan speed and reduces CPU / GPU speeds and power – useful for word processing, spreadsheets, web browsing or other basic tasks.

As with most gaming laptops, battery life is low with a maximum of 5 to 6 hours to be expected even with power saving features turned on. He unit has a good appearance and size to weight ratio and is virtually silent when used for office tasks so it could double as a student or office laptop if required. Users report that the display is rather dim and slightly washed out looking and that the laptop runs very warm and it can get very noisy during gaming use. Some customers have reported that when the unit gets warm, they experience applications freezing and performance lag.

The Lenovo legion 5 is a gaming capable device that has business like looks so can double as an office-oriented device or can be used by students. Available with various configurations including a budget priced model with an AMD Ryzen 5 processor, 8GB RAM, 256GB SSD and Nvidia GeForce GTX 1650 graphics. The processor on this unit is an interesting choice as most gaming laptops have Intel processors, however AMD is making strong inroads and their current range often outperforms the competition for a much lower cost. The Ryzen 5 4600H in this laptop is superior to Intel I5 processors both in single core and multi-core applications.

This laptop has a plain black design and is made with smudge-proof materials, unlike some devices that attract fingerprints and need constant cleaning to look their best. The display has slim bezels with as light top protrusion which houses the webcam which has a handy privacy shutter for those concerned about privacy and security. The keyboard is optimised for gaming with soft landing switches and 100% anti-ghosting. The TrueStrike keyboard is quiet in operation and feels good for office tasks. The 15.6” display is an IPS panel with 144Hz refresh rates and is anti-glare. This unit has a special Dolby Atmos compatible headphone socket for immersive sound when using a headset and features a Harmon Kardon speaker system with 3D audio effects for a more spatial sound.

For connectivity there are 3 USB 3.1 ports, a USB C port, HDMI 2.0 out, ethernet, headphone and Kensington lock. The keyboard is backlit in white. Battery life is up to 8 hours with a large 80Wh battery, however in practise this is only applicable with all energy savings features enabled and during gaming use you can typically expect far less than half of this, however the fast charge feature means the device can be charged to 50% in 30 minutes. Unfortunately, in addition to Windows 10, there is quite a bit of bloatware pre-installed including antivirus software and PowerDVD.

One area where Lenovo has done its homework is the energy saving profiles which include low noise settings for simple tasks such as streaming, all the way up to a full out gaming mode for ultimate performance. The thermal management is good with dual channel and dual burn-in support and the fan is claimed to have 67 liquid crystal polymer coated blades. Users are generally happy, although some have commented that both the keyboard and trackpad are troublesome with squishy keys and poor assembly and it is a bit heavy at 2.3kg.

Dell is normally associated with business computers however in recent years they have made inroads into the gaming arena with mostly minimalist devices that easily double for both business and student use. Renowned for their longevity and reliability, Dell offer some compelling machines and even though they may not be the most stylish around they will typically offer many years of reliable use. This unit is mostly black with some blue trims and a blue Dell logo on the lid.

The lowest cost option has an Intel I5 10300H processor, 8GB RAM, 512GB SSD, and an Nvidia GTX 1650 graphics card. For connectivity there are 3 USB 3.1 ports, a USB C port, HDMI 2.0 out, ethernet, headphone and Kensington lock, as well as a memory card reader / writer. Battery life is rated at 6.5 hours; however, this drops to under 2 hours when gaming. This is a poor performance even in this segment of the market and the battery is quite small at 51-Watt hours. The SSD is a fast NVMe unit which easily outperforms the standard SSD’s found in some devices, and 512GB is a good capacity in this price range.

Various power profiles are included – Game Shift triggers a dynamic performance mode with all options on max for AAA gaming. An innovative dual-fan cooling system with an advanced thermal design ensures that your system stays cool as the action heats up. The display is 120Hz for smooth gameplay and has narrow bezels. Various game enhancing technologies are featured, including a 4 zone RGB backlit keyboard and what Dell calls the “Nahimic Sound Center” which has dual speakers. The chassis is thin for a gaming device at just 21mm.

As is customary with Dell gaming laptops, this unit has excellent cooling with the laptop being quieter than most during gaming and almost silent when carrying out non-intensive tasks. Gaming performance is good with 60fps in Overwatch with settings on high as an example. With NVIDIA GeForce discrete graphics, you can game at higher settings with crystal-clear detail and smooth gameplay. NVIDIA GeForce graphics feature a powerful core streaming multiprocessor that can handle the complex graphics of modern games while driving new shading advancements and improved power efficiency. This unit has a turbo mode that can be quickly activated through a combination of key presses and provides an instant boost when required.

Users are impressed with both the performance and features and are happy with the inclusion of the Alienware gaming app which is usually only found on Dell’s more expensive units. The only negative is the weight at 2.3kg, however this is the norm for gaming devices due to the need for larger batteries and cooling systems.

If you enjoyed this blog on the Best Gaming Laptop Under £1000 you might also like to read this ASUS tuff fx505dt review.